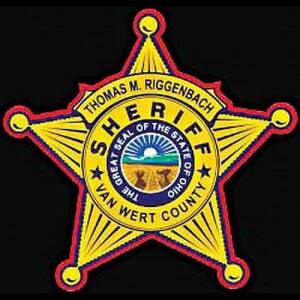 Ralph W. Eversole, 74, passed away May 27, 2021 at Van Wert Health. He was born February 7, 1947 to Milo and Marjorie (Mohr) Eversole who preceded him in death. He later married Brenda Wurst of which they share three children.

Ralph graduated from Lincolnview High School and was an Army Veteran of the Vietnam war. He was a member of the Loyal Order of Moose, the Elks Lodge, the Fraternal Order of the Eagles, the American Legion and the VFW.

He enjoyed bowling, golfing, playing cards, fishing, and hunting. Ralph was the Chief Deputy Sheriff for 27 years, however he served a total of 37 years in law enforcement.

He is preceded in death by his parents and a brother, Arthur Eversole.

The funeral will be held Wednesday June 2, 2021 at 11:00 am with an hour of visitation prior. Both events will take place at Alspach-Gearhart Funeral Home. The burial will be at King Cemetery at a later date. After the funeral there will be a meal at noon hosted by the American Legion.

In lieu of flowers, please make memorial donations to Tunnels to Towers. .

To send flowers to the family or plant a tree in memory of Ralph W. Eversole, please visit our floral store.

You can still show your support by sending flowers directly to the family, or by planting a memorial tree in the memory of Ralph W. Eversole
Share a memory
© 2021 Alspach-Gearhart and Ketcham-Ripley Funeral Homes. All Rights Reserved. Funeral Home website by CFS & TA | Terms of Use | Privacy Policy